Bomras of Goa brings Contemporary Burmese to Fire at The Park, New Delhi

Nine out of ten people will answer Khao Suey if you ask them to name any one Burmese dish they are familiar with. Most people’s knowledge of Burmese cuisine does not extend beyond this dish made with noodles & coconut milk and served with a variety of condiments. Unless of course they have eaten at Bomras in Candolim Goa which according to some, including India’s best known author Amitav Ghosh, is the best Burmese restaurant in India if not the world.

To classify Chef Bawmra Jap’s food as Burmese would be narrowing down his amazing repertoire. Yes his food has a Burmese soul but it is Bawmra’s own interpretation with a modern twist influenced by Japanese, Thai, Chinese and Indian, read local Goan. He presents traditional Burmese food to us in a form that we are familiar with. Looking at his food you know that here is a chef who has a mastery of advanced cooking techniques which is not far from the truth as he has trained in London with the very best in the profession.

Couple this with the talent of Executive Chef of The Park, New Delhi Chef Abhishek Basu who is a master at fashioning local and exotic ingredients into contemporary food. What you get is lethal combination. The Big B’s Bawmra & Basu are presenting Burmese Fusion featuring some signature dishes of Bomras Goa at Fire, the Indian restaurant at The Park, Parliament Street, New Delhi till the 20th of September. I got a chance to taste some of these when I was invited by Chris Downer, the affable partner cum manager of Bomras Goa who I have known since a few years now as Bomras is one restaurant where I always eat on my various trips to Goa. I find their cooking style inspired and of the highest international standard.

Since salads are the shining glory of Burmese cuisine with practically anything and everything made into a salad including rice and noodles, it comes as no surprise that Salads form an important part of the menu at the Bomras Pop-up at Fire. Very reasonably priced at Rs 300 for veg and Rs 350 for non-veg, the rendition featuring laphet (pronounced la-pay-toe) fermented tea leaves is the most unusual. The texture is crunchy and soft at the same time, there is an astringency which is pleasing and a slight kick due to the caffeine in the tea leaves. The crunchy bits are provided by fried peanuts, toasted sesame and fried garlic. The tea leaves are procured from Coorg and pickled in-house which imparts a freshness that you can rarely get from using packaged variety The other must try are Tomato salad and the Crispy pork, pomelo and pomegranate salad.  What I love about the salads is that layers of flavour are packed in a small serving. There is a perfect balance of the four primary flavours sour, salty, sweet and bitter, a hallmark of Southeast Asian cuisine.

The Vegetable tempura and shantofu served with the most delicious tamarind soy dip uses seasonal vegetables like okra, tori or ridge gourd (had to google the English name). In fact this is in keeping with Chef Bawmra Jap’s philosophy of sourcing locally and using seasonal produce thus reducing carbon footprints while adhering to Carlo Petrini’s philosophy of Slow Food Movement.

The main course features some great dishes like Coconut curry with enoki mushrooms, lychee and water-chestnut, Steamed snapper with lemon grass and galangal and my favorite Slow roasted pork with pumpkin wasabi mash and kokum jus with that wonderful crisp crackling . All dishes are reasonably priced between Rs 400-550. 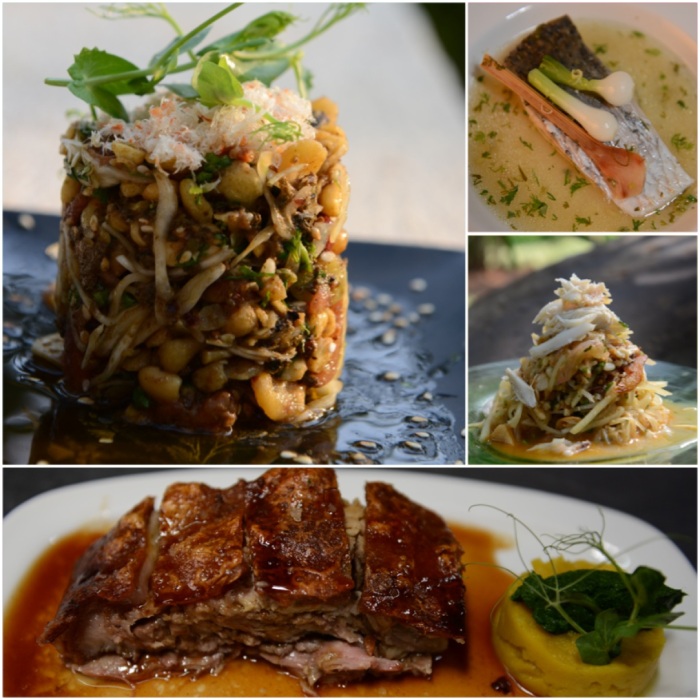 Not to be missed is the dessert tasting platter (Rs 350) consisting of a trio of Chilli chocolate mousse, Crème brulee with lemongrass and ginger and Coconut panna cotta with passion fruit coulis.

It isn’t very often that one gets a chance to witness the combined genius of two inventive chefs like Bawmra and Basu. And that too featuring a cuisine which one rarely gets a chance to savour. So miss this Burmese Fusion Festival at The Park at your own peril. 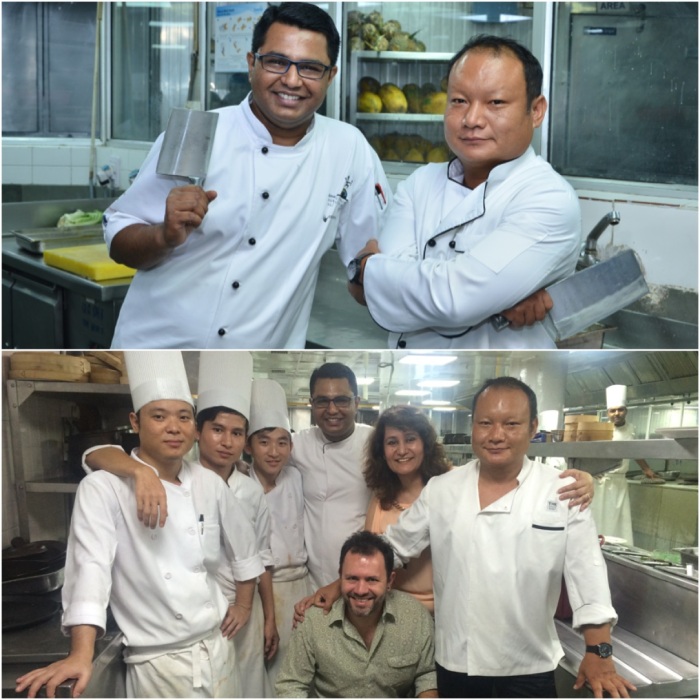 Dinner Only  (till 20th September)