Chilean wines have come a long way since the time when a 19th Century wine writer, André Julien, compared them to “a potion of rhubarb & senna”. The country is now known for producing refined wines which are absolutely bang for the buck. These are wines which suit the modern mind-set.

Chile is one of the few countries in the world, which is exceptionally well suited to vine growing. A Mediterranean climate, abundant sunshine, a dry and unpolluted atmosphere, all near perfect conditions for viticulture.

Plus, its geographical isolation has given it freedom from the deadly “phylloxera louse”, a bane of viticulturists around the world. It is also blessed with a variety of terroirs which make it a cradle for the choicest wine growing conditions on the planet. Chile now holds a special position among the New World Wine regions for making reasonably priced quality wines.

Chilean wines have always been a popular choice with Indian consumers as they are seen as value for money. ProChile, the Trade Commission of Chile, responsible for implementing & enhancing Chile’s exports, along with the  Embassy of Chile, recently organised the fifth edition of the Chilean Wine and Food Festival at The Lalit, New Delhi, where Chilean wines distributed by top Indian importers  were showcased, along with high quality Chilean gourmet food products like salmon, trout, pork, walnuts and red globe grapes.

Among the seven wine importers who participated in the Festival with around 30 wines, Prestige Wines & Spirits presented a wide range of Miguel Torres wines from Chile, San Medin, Santa Digna, Hemisferio and Cordillera, their stall drawing the maximum crowd.

My favourite was the Cordillera Chardonnay 2011 and the Santa Digna 2012 Cabernet Sauvignon Reserva. I tried a sparkling rosé , Santa Digna Estelado Rosé made from the indigenous Chilean grape varietal País, which until 1990’s was the most widely planted grape in Chile.  These wines are available in the retail market both in the white and red variant ranging from Rs 1300 to Rs 3000. 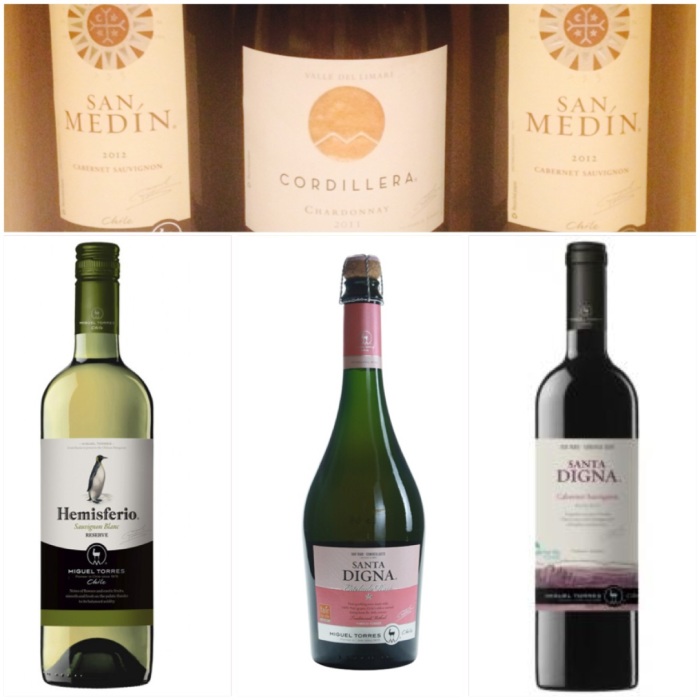 Just to make it a little easy for the readers let me explain that the Chilean wine producers use the term Costa, Entre, Cordilleras & Andes on their labels to indicate wines grown in the diverse environment of coastal, central and eastern hillside vineyards.

Chile’s wine heritage is influenced by Bordeaux and not Spain even though it was politically connected with the latter. When phylloxera ravaged the vineyards in France, French winemakers travelled to South America bringing their experience and techniques with them which helped Chilean wineries produce more internationally recognized styles using French oak barrels.

Coming to the Chilean wines at the festival, Brindco Sales Ltd showcased their entry level Montes Reserva range of two whites, Sauvignon Blanc and Chardonnay and two reds, Cabernet Sauvignon and Merlot. The Montes range is becoming increasingly popular in India due to some efficient and aggressive marketing.

Another busy stall was that of Agnetta International which represented Valdivieso, showcasing the Pinot Noir, Merlot, Cabernet Sauvignon, and Sauvignon Blanc and a sparkling wine Blanc De Blanc Brut. The fact that their staff got no breather was indicative of the fact that their wines found a lot of favour with the people present at the event.

Cono Sur Winery, Chile’s second largest wine producer and exporter and a pioneer in Organic Viticulture, well known for its Project Pinot Noir and the Bicycle range which symbolizes its commitment to the environment, was represented by Sula Selections, the import arm of Sula Vineyards. The Cono Sur Bicicleta Chardonay 2012 and Cabernet Sauvignon Reserva were the two labels on offer though one missed their Pinot Noir which is vinified  according to the tradition of Burgundy.

Anakena label with their Pinot Noir, a Syrah Rosé and a Sauvignon Blanc was presented by High Spirits while Nature’s Bounty showcased the Balduzzi Reserva wines. Emiliana which is already a well know label in India, as it graces the shelves of most retail stores, was offered by Hema. 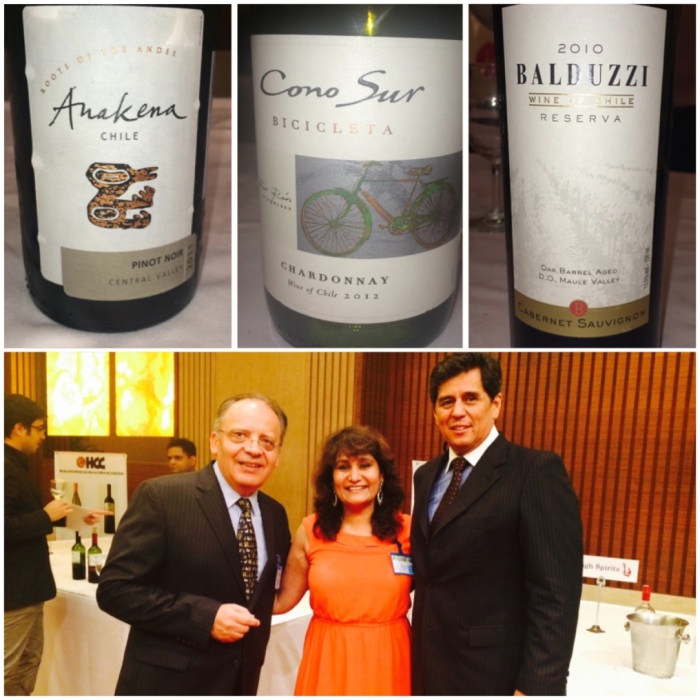 Even though the Indian market is a like a drop in the ocean for Chilean wine exporters, Chile being the world’s fourth largest exporter of wine, above New World competitors like Australia and Argentina, the efforts of ProChile under the guidance of the new Chilean ambassador to India HE Andres Barbé Gonzalez, will surely go a long way in popularizing their wines and food products in India.

We applaud their efforts and hope that Indian markets are happy to devour this Chile.

You may like to read more about Chilean Wines in India