Diageo seems to be as serious about its recently acquired wine division as it is about its spirits business. The grand launch of Vintner’s Reserve Select Barrels 2011 by Four Seasons Wines Ltd (FSWL), now under Diageo’s control after the liquor giant bought UB Group’s United Spirits Limited (USL) of which Four Seasons is a subsidiary, makes their intent quite clear, along with laying to rest rumours about the demise of the Four Seasons wine brand.

Given the growing popularity of wine in India, it makes Diageo’s portfolio even more attractive and the liquor conglomerate is doing all it can to push the sales of Four Seasons wines. Which is great news really for the Indian wine consumers as they get more wines to choose from and healthy competition never hurt anybody, certainly not the Indian wine industry.

Vintner’s Reserve Select Barrels 2011 was unveiled on 16th July 2016 at the French chateau styled Four Seasons Winery, located just over an hour’s drive from Pune at Roti village in Maharashtra’s Baramati district.  A delicious full-bodied spicy blend of Cabernet Sauvignon and Shiraz chosen from the best parcels, this Rioja meets Amarone with dark fruits, sweet vanilla  and smooth ripe velvety tannins has been aged two years in French oak barrels and another two in the bottle. In terms of intensity, depth and flavour this wine is right up there among the best Indian reds in the super-premium category. Though price wise at just Rs 1500 a bottle, it is the most reasonable.

However it is a limited edition wine with only 700 cases (1200 bottles for each region) produced for seven markets, Bangalore, Mumbai, Pune, Kolkatta, Arunachal Pradesh & Andaman & Nicobar Islands. So grab that bottle before the stocks run out. And decant it for an hour to enjoy its full aromas and flavors.

Wine lovers in Delhi will have to wait a wee bit longer to get their hands on this beauty as Mr Kejriwal’s government is yet to announce the new excise policy for Delhi, much to the consternation of Wine & Liquor companies, importers and the hospitality industry. 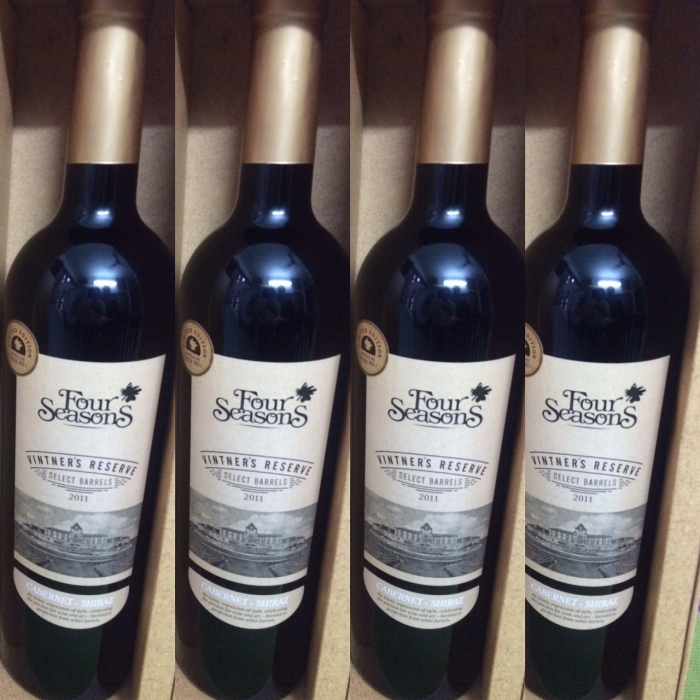 It strongly confirms Abhay Kewadkar’s expertise as a wine maker. In fact, he is India’s most experienced winemaker having been involved in the implementation of path-breaking wine projects in India, Indage India’s first Indian sparkling wine “Marquis de Pompadour” in 1988 and Grover Vineyards “La Reserve”, which till date remains India’s most well-known red wine.

Four Season’s Wines Ltd has been Abhay Kewadkar’s baby right from the start. He had his task cut out when he joined FSWL in 2006 after parting with Grovers with whom he worked for 16 long years. From selecting the land for setting up the winery, planting the grapes, making the wine to marketing it, this has been his project all the way.

Since its inception the winery has won 48 international awards in the wine circuit. The classic Four Seasons range which only had single varietals in its portfolio is now venturing into blends and the Vintner’s Reserve Select Barrels 2011, is a foray in this direction. 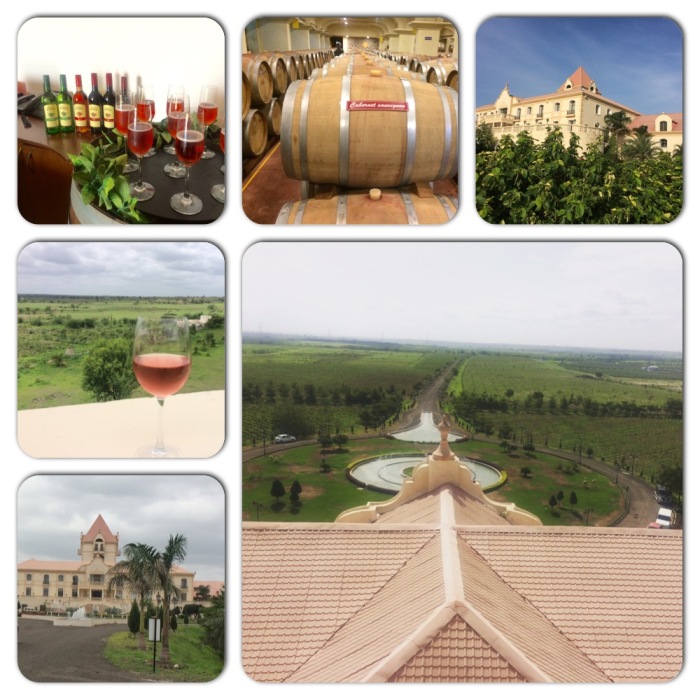 Four Seasons Winery at Roti Village Baramati Maharashtra, just an hour and a half drive from Pune

The launch function at the winery was very impressive and the pool-side setting could not have been more perfect. An elaborate three course sit down lunch catered by the team from Taj Vivanta Pune led by Chef Sachin Joshi was just one of the many moments to remember from my first visit to the Four Seasons winery. Right from the time one entered the palatial chateau and was welcomed with a glass of the yet to be released Rosé bubbly, a delicious barbeque dinner, an early morning walk around the property with Abhay Kewadkar and his three adorable Dobermans Caesar, Lucy and Max, a Maharashtrian breakfast where the sparkling rosé was paired with “misal paav”, to a dip in the swimming pool, it was a memorable visit indeed. The wine just did not stop flowing and the generous hospitality of Four Seasons left a lasting impression. 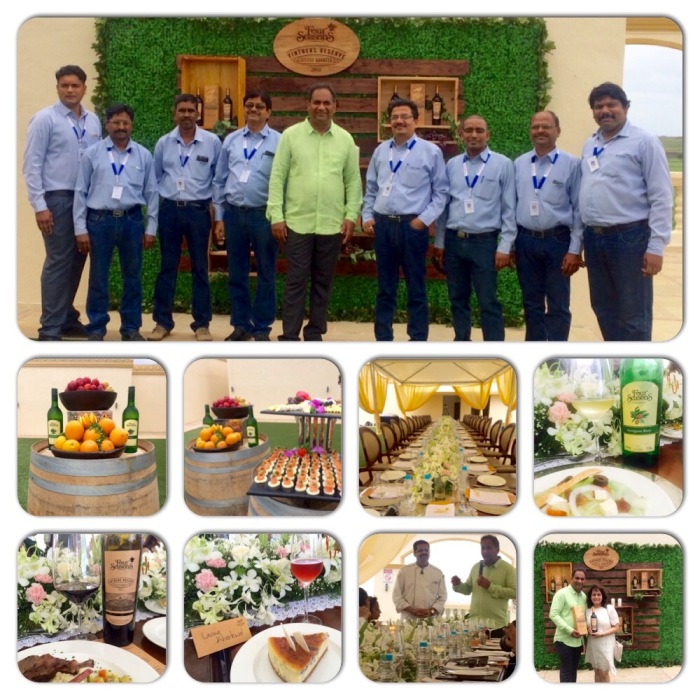 Four Seasons Winery is a gorgeous property recently opened to public giving a great fillip to wine tourism in India. It makes the most beautiful “grape escape destination” with its ten well decorated rooms and four suites, all equipped with modern amenities and a tasting room to try out the wines. There is a swimming pool, outdoor jacuzzi, mountain bikes to explore the vineyards and a pool side deck to throw parties. To find out about Four Seasons Wine Tour you may click here and the link for booking a tour is this.

The successful launch of Vintner’s Reserve Select Barrels 2011 augurs well for Four Seasons Wines Ltd and one looks forward to many more new wines from their stable. As for me, I am eagerly awaiting the release of their sparkling rosé which I was fortunate to taste.

Following are the Four Seasons Brands available in Delhi & Haryana