Piero Massi, the famed Italian winemaker from Tuscany brought to Fratelli Wines, along with his technical expertise and passion, the most important quality needed in the business of wine making that is “patience”. With the recent launch of three new wines, VITAE, VITAE TRE and SETTE 2011, close on the heels of an outstanding sparkling wine Gran Cuvée Brut and an elegant white wine Sangiovese Bianco, the virtue of patience seems to be paying huge dividends for Fratelli. That tract of barren land acquired literally in the middle of nowhere in Akluj near Nasik in the year 2006 is now bearing fruit and Fratelli Wines is getting at the top of its game. 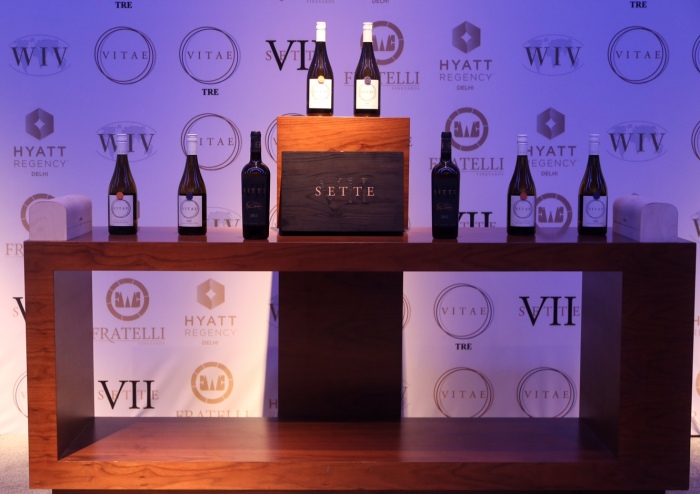 Fratelli which is the Italian word for brothers is an Indo-Italian collaboration involving three sets of brothers Alessio & Andrea Secci from Italy, Kapil & Gaurav Sekhri from Delhi, Ranjitsinh & Arjunsinh Mohite-Patil from Maharashtra and the renowned viticulturist and Tuscan winemaker Piero Masi. This partnership is reflected in the Fratelli logo, a circle which denotes life and unity, with the seven segments representing the seven partners. It was their endeavour to redefine Indian wine standards by using Italian wine making traditions to making quality Indian wines at competitive prices using grapes sourced only from their own vineyards.  Within a short span of time they have succeeded in capturing the Indian markets and have so far brought out 22 labels representing major international varietals like Chenin Blanc, Sauvignon Blanc, Chardonnay, Cabernet Sauvignon, Merlot, Shiraz and Sangiovese. 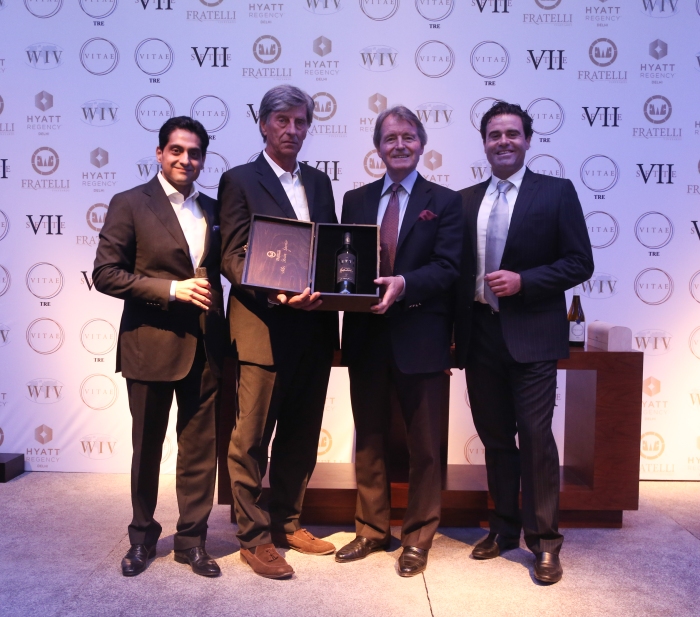 It was however the SETTE (a blend of Sangiovese and Cabernet Sauvignon) which made the connoisseurs sit up and take notice of Fratelli when its  Sette 2010 bagged the silver medal at the first ever Decanter Asia Awards in 2013.  Sette is Piero’s signature blend and Fratelli’s flagship wine. It is aged for 14 months in French oak barrels before being released and is one of the few Indian wines with bottle aging potential.  It was Piero Masi’s gamble to take the Italian varietal Sangiovese out of Chianti, a difficult grape known for not doing well outside of Italy, and plant it in the Indian terroir. He used his knowledge and flexibility to vary the proportions of the two grapes in the blend, with the 2009 and 2010 vintages having more of Cabernet Sauvignon. As the Sangiovese vines found root in India and bore better fruit its proportion in the blend increased and the latest release, the SETTE 2011 has 70% Sangiovese and 30% Cabernet Sauvignon, more akin to a Super Tuscan. This premium brand priced at Rs 1800 in Delhi was unveiled at a glittering function at The Mansion, Hyatt Regency Delhi by one of the biggest names in the wine world, British wine writer and expert Steven Spurrier, the man who had organized the Paris Tastings of 1976.

The other two wines released were VITAE which is a barrel fermented Chardonnay, a sophisticated white wine with citrus notes and a long creamy finish,  and VITAE TRE a single vineyard blend of Chenin Blanc, Gewürztraminer and Müller-Thurgau, the latter two varietals planted in India only by Fratelli. In the words of Alessio Secci, Director & Global Brand Ambassador, Fratelli Wines “Vitae with its concentric circles symbolizes the Fratelli philosophy of offering the best produce of India”. Both are priced at Rs 1600 in Delhi and will be available in Delhi, Haryana, Maharashtra and Karnataka. 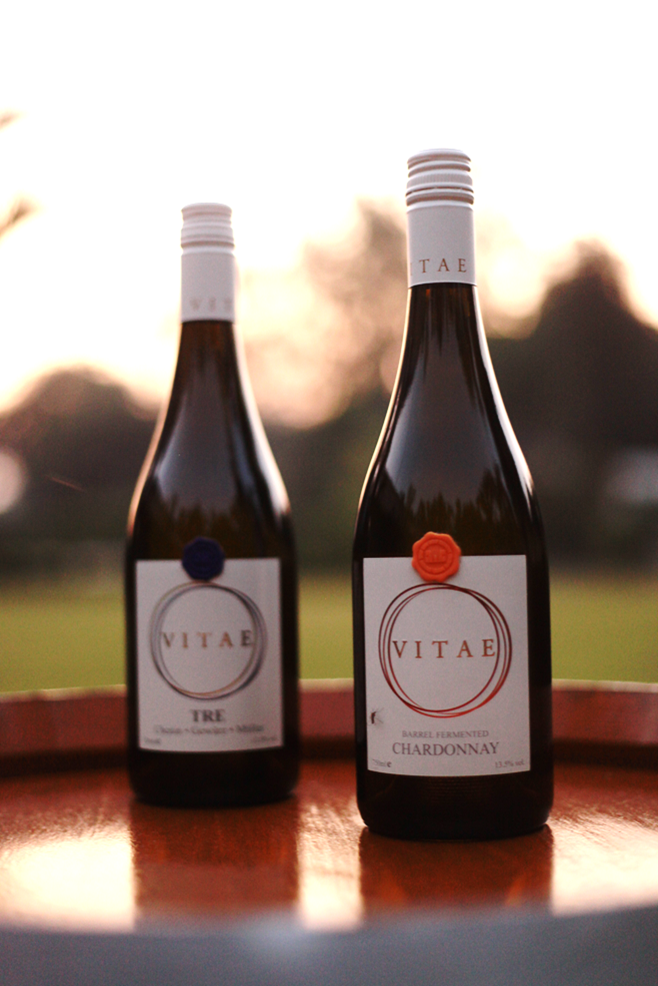 The occasion also marked Fratelli Wines’s forays into imported wines with 6 wine labels in association with the Billion Euro German Company – WIV, the parent company of UK Based importer Hallgarten Druitt & Novum Wines, whose International Sales Director John Cunynghame was also present at the occasion.  The labels under Fratelli’s newest division of imported wines are Viña Edmara from Chile, Cintilla from Portugal and Il Casone Pinot Grigio and Casa Sola Chianti Classico from Italy. These are priced between Rs 1600 -3600 and will soon be available in Delhi, Haryana, Maharashtra, Karnataka and Goa to begin with.

By offering the consumers approachable and drinkable wines and by keeping a good relationship between price and money, Fratelli Wines is helping in spreading the wine culture in India and in the words of Kapil Sekhri, co-Promoter and Director of Fratelli Wines “promising a whole new wine experience”

Click on this link to read more on Fratelli Wines